Sunday Football Cheat Sheet: All the best bets in one place

A new era begins at Newcastle, there’s a derby in Wales and big games in Serie A, La Liga, Bundesliga and more. Get the best bets from the Betting.Betfair writers…

Swansea and Cardiff are both struggling ahead of this South Wales derby on Sunday lunchtime and the Bluebirds would love to bag a second consecutive win at the Liberty.

Mark O’Haire says: “Swansea 2.608/5 endured a difficult start to the new season with Steve Cooper leaving his post late in the day and Russell Martin taking time to mark his mark at the Liberty Stadium. The hosts are ranked inside the bottom-half and bottom-eight for the majority of major performance data metrics but have kept four clean sheets in five on home soil (W1-D3-L1).

“Cardiff‘s 2.942/1 early season promise has given way since late August as the Bluebirds have suffered five league losses in six and are looking to avoid six defeats on the bounce for the first time since 1985. Mick McCarthy’s charges are underperforming against expectations and underlying metrics also suggest the visitors haven’t had the rub of the green this term.

“Six of the most recent eight head-to-heads between Cardiff and Swansea have produced no more than one goal, as at least one side has failed to score in all eight of those showdowns since 2010. Unsurprisingly, Under 2.5 Goals has been chalked up at a short 1.574/7, although ‘No‘ in the Both Teams To Score column is a more appetising 1.804/5.”

Third-placed Nice have made an excellent start to the season and will be confident of picking up all three points at Stade de l’Aube on Sunday lunchtime.

James Eastham says: “Hosts Troyes are 10 points and 14 places below Nice in the table having played a game more.

“Yet to win at home, Troyes are W0-D2-L2 from four games in front of their own fans this season, and have lost on the two occasions they’ve hosted teams that, like Nice, have top-six potential (1-2 vs PSG, 0-2 vs Monaco).

“Manager Laurent Batlles is highly regarded after leading Troyes to promotion from Ligue 2 last season but his starting line-up this weekend will be weaker than Nice’s in virtually every single position.

“Nice are odds-on to win but don’t let that put you off: given the form and relative quality of these two sides, the visitors are a strong selection.”

Everton host West Ham in the first of Sunday’s two Premier League encounters as a thriving David Moyes returns to his old club.

Steve Rawlings says: “The two teams are very closely matched and this is a very difficult fixture to assess. Historically, the Toffees have a great record. They’ve won more Premier League games (27) and scored more Premier League goals (87) against West Ham than they have vs any other side in the competition, but the Hammers are in search of their third win in their last four visits to Goodison.

“Looking at the two teams individually, the odds-on for Over in the Over/Under 2.5 Goals market makes sense. Everton have scored at least twice in each of their last three home games and there have been at least three goals scored in eight of West Ham’s last nine Premier League games but when the two teams have met recently goals have been scarce.

“The Hammers left Goodison with all three points last season, courtesy of an 86th minute Tomáš Souček goal to break the deadlock in January before Everton won 1-0 at the London Stadium in May after a first half Dominic Calvert-Lewin goal and there have been less than three goals scored in each of their last five Premier League encounters.”

This is without doubt the most intriguing Bundesliga clash of the season so far as the top two – level on points – go head-to-head.

Kevin Hatchard says: “Bayer have won seven of their last eight competitive games, but this weekend they face the record champions, who have won the clubs’ last four meetings in all competitions. When the teams met in December 2020 at the BayArena, Leverkusen had been flying high, but a 2-1 defeat to Bayern (the Bavarians came from behind as Robert Lewandowski netted a late winner) seemed to completely derail their season. This time, Bayer face Julian Nagelsmann’s version of Die Roten, and it’s a pretty good one.

“Bayern are top of the league, ahead of Bayer on goal difference, and they have already smashed in 24 goals in just seven league matches. If you look at all competitions, Bayern have scored 47 goals in just 11 games. Yes, there was a 12-0 cup win against Bremer in there, but without that, it’s still 35 goals in ten matches.

“Leverkusen’s only game against top opposition this term ended in a 4-3 defeat at home to Borussia Dortmund, and I can see a similarly open game here. Leverkusen have already seen six of their games creep over the 3.5 goals line, and I think 1.855/6 for that eventuality is a fair price. Seven of the last ten competitive meetings between these two have featured at least four goals.”

Their new owners may have billions in the bank but Newcastle are still without a win and 3.613/5 for relegation. 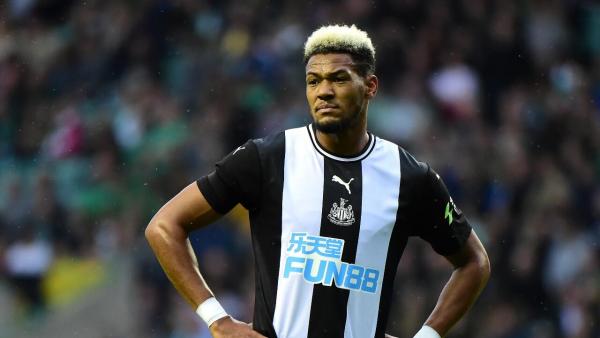 Mark O’Haire says: “Tottenham have tended to relish their recent Premier League match-ups with Newcastle. Spurs have W5-D2-L1 in eight head-to-head matches since the Toon returned to the top-flight, including three triumphs from four unbeaten trips to Tyneside. However, the two teams played out two draws last term with the Magpies twice netting late equalisers.

“Newcastle 3.6013/5 are winless in the Premier League this season (W0-D3-L4), with no side conceding more goals than the Magpies (16). Expected Points (xP) projections have Steve Bruce’s boys just outside the bottom-three, although recent performances have impressed with the Magpies generating 4.53 npxG against Wolves, Watford and Leeds.

“Tottenham 2.186/5 snapped a three-game losing streak last time out and despite coming into this clash nine points better off than their hosts, sit just one place above Newcastle in the xP rankings. Nuno’s outfit reside inside the bottom-half for the majority of metrics and are averaging just 10.40 shots per-game, the fourth-lowest figure in the league.”

The Serie A leaders Napoli are 3.412/5 in the title betting ahead of their match at home to Torino on Sunday evening.

Chloe Beresford says: “Napoli have made a superb start under new boss Luciano Spalletti, sitting top of the table after winning all seven of their league games so far. They have also conceded just three times in those outings while scoring an impressive 18 times and boast an impressive recent record against Torino.

“The Granata have won just one of the last 18 meetings between these two sides, recording just five draws and losing 12 times. Toro have won just two games this season, and Captain Andrea Belotti might not be fit enough to start for a side already missing Simone Zaza, Dennis Praet and Marko Pjaca.

“There have been under 2.5 goals scored in Torino’s last four games, but only two of Napoli’s first seven games have hit the under, with the Partenopei scoring two goals in every one of those outings. With that in mind, the tip here is to back.”

Barcelona are short priced favourites for Sunday’s home match against Valencia but our previewer doesn’t believe they deserve to be.

Dan Fitch says: “Barca go into this game having only won one of their last six matches (D2 L3), losing to Benfica and then Atletico in their most recent two outings, without scoring. With an international break having put a pause upon Barcelona’s problems, Ronald Koeman has had a lot of time to work out how to turn things around.

“Last season a switch to playing with three central defenders saw Barca having an upturn in form. Whatever Koeman chooses to do in terms of formation, he should put his faith in youth. In Pedri, Gavi and Ansu Fati, Barcelona have three homegrown teenagers who are very talented and have already been capped by Spain.

“Valencia look capable of causing Barca problems, regardless of what changes Koeman makes. After a bright start, Valencia have failed to win any of their last four games (D2 L2), but they have scored in seven of their eight games this season and both teams to score is 1.834/5.”