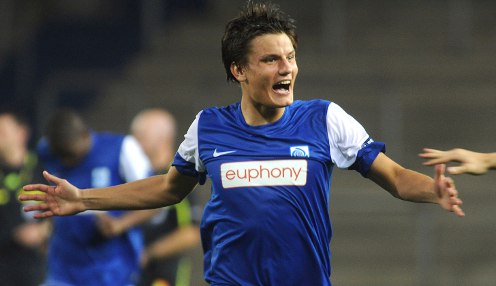 Burnley boss Sean Dyche has made Genk striker Jelle Vossen, who spent last term on loan at Middlesbrough, his second signing of the summer.

The 26-year-old, who scored seven times in 33 Championship appearances for Boro last season, and played in the play-off final defeat to Norwich City, has penned a three-year deal with the Clarets.

He scored a first-half hat-trick for Boro at Millwall in December, and also found the net in the 2-1 semi-final first leg play-off success against Brentford.

Vossen has joined up with the rest of the Burnley squad at their pre-season training camp in France.

Vossen has played at every level of the Belgium side from Under-15 level upwards and has scored twice in 12 appearances for the senior side since making his international debut in 2009.

Burnley are available at 2.50 to win their first Championship game of the season on 8th August against Leeds United and are 5.50 to be promoted in the 2015/16 season.