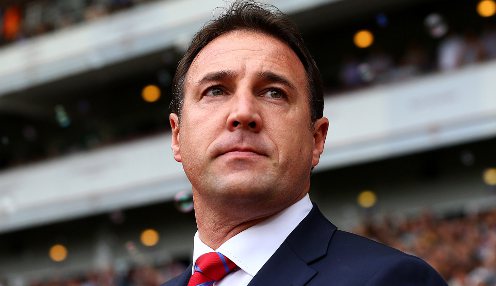 Wigan Athletic boss Malky Mackay has bolstered his strikeforce by snapping up Liverpool’s Jerome Sinclair on loan until the end of the season.

The 18-year-old, who moved to Anfield from West Brom four years ago, could make his Latics debut against promotion-chasing Watford on Tuesday.

We have to thank Liverpool for allowing him to come to Wigan.

Sinclair made his Reds debut in September 2012, becoming Liverpool’s youngest ever player and joins fellow youth product Sheyi Ojo on loan at the DW Stadium.

“We have to thank Liverpool for allowing him to come to Wigan,” said Mackay.

“They have seen how well Sheyi is progressing and that we are a club who will nurture a young player with potential. We are all hopeful he can make a good contribution during his time here.”

Wigan are 1.40 to be relegated from the Championship this season, while Millwall are 1.062 to go down and Rotherham United 4.50.

Wigan improved their chances of staying up by beating Rotherham at the weekend.