Advocaat: Everything to play for 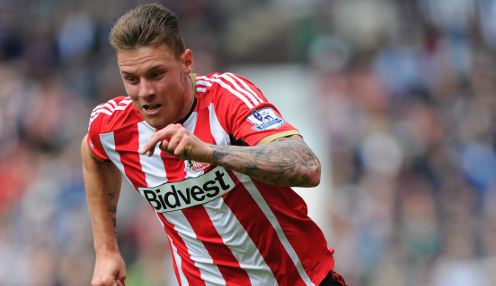 Dick Advocaat says the situation near the bottom of the Premier League table is wide open and there is everything to play for.

The Black Cats dropped into the bottom three on Saturday despite picking up a point away at Stoke City.

However, both Hull and Leicester won away; at Crystal Palace and Burnley respectively to leave Sunderland third from bottom, a point from safety though they also have an inferior goal difference to most of their rivals.

Advocaat, speaking after the 1-1 draw at the Britannia Stadium said: “I still think with five games to go everything is open with the bottom four, five or six clubs.

I still think with five games to go everything is open.

“We try to be positive with the team and if they can do that next week as well then, with the support of our fans, in a home game we can do a little bit more.”

Advocaat’s side had the perfect start at Stoke, getting a goal in the first minute, Connor Wickham scoring after a mistake by the home keeper Asmir Begovic.

They failed to build on that early lead however. Stoke dominated possession and were rewarded midway through the first half with the equaliser, another great effort from Charlie Adam, who hit a powerful shot into the net from 14 yards out after a Jonathan Walters lay-off.

It was the home side who continued to dominate in the second half but, despite having 23 shots during the game, could not find the winner.

It was therefore a valuable point for the Black Cats coming immediately after a 4-1 home defeat to Crystal Palace.

Sunderland play Southampton next where they are 4.00. That is followed by fixtures against Everton, Leicester and Arsenal before a daunting trip to Chelsea on the last day of the season.