Advocaat not concerned by friendly form 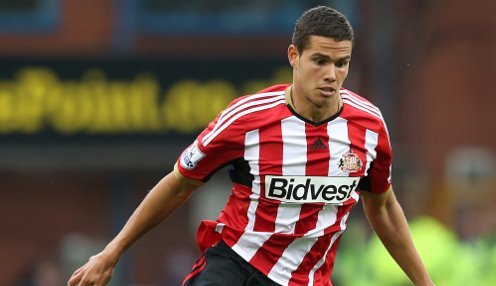 Sunderland manager Dick Advocaat has said he is not alarmed by consecutive pre-season friendly defeats and is focused only on match sharpness.

The Wearsiders slumped to a second defeat in three days when they surrendered an early lead to lose 3-1 against Mexican outfit Pachuca in Sacramento on Friday. It followed a shock 1-0 defeat to Sacramento Republic on Tuesday.

“I am focused on making sure we have the right shape and that we know what to do in certain moments against Leicester.”

Jack Rodwell saw his fourth-minute opener cancelled out in another tune-up reverse but Advocaat said his concern was getting his squad ready for the Premier League opener against Leicester City.

“Everyone wants to win the friendly games, but it is about fitness. The day before the game we practiced two times,” the Dutchman told reporters. “They were very demanding sessions.

“I am focused on making sure we have the right shape and that we know what to do in certain moments against Leicester [City, on the opening day of the season], physical wise. I have no doubts about that.”

Veteran manager Advocaat achieved hero status among supporters last season when he successfully guided the club away from the threat of relegation from the Premier League.

He has brought in the likes of Sebastian Coates, Adam Matthews, Ricky Alvarez, Jeremain Lens and Younes Kaboul on permanent deals this summer to avoid another season of flirting with disaster and is confident of hitting the ground running.

“It is coming. Playing games is the best exercise you can get.”

Sunderland are currently priced 3.25 to be relegated from the Premier League and quoted 7.00 to end the season in the top half of the table.