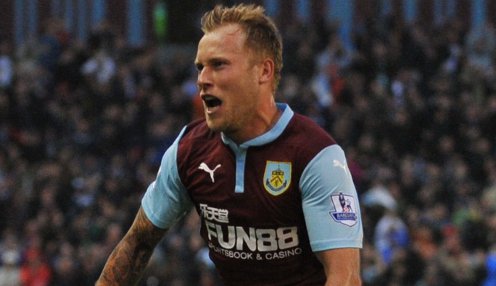 Burnley midfielder Scott Arfield says his aiming is to get the Clarets back into the Premier League as soon as possible, following their relegation from the top flight.

The Lancashire outfit’s destiny was confirmed at the KC Stadium on Saturday where, despite a 1-0 win over Hull City, they were relegated back down to the Championship.

Arfield has admitted it was tough to be confirmed as one of the three teams to suffer the drop but he is now focused on getting back to the coveted Premier League next term with manager Sean Dyche.

He told Sky Sports News HQ: “Overall, it is very disappointing but I think we gave a good account of ourselves this season.

“It was terrible after the game at Hull and the manager came in and said ‘Okay that’s it, we need to keep going for the next two games and next season we are going to go that wee bit harder to get back up here. Once you have a had a taste of the biggest league in the world you want to get back here as soon as possible.”

Burnley are next in action on Saturday when they host Stoke City at Turf Moor.