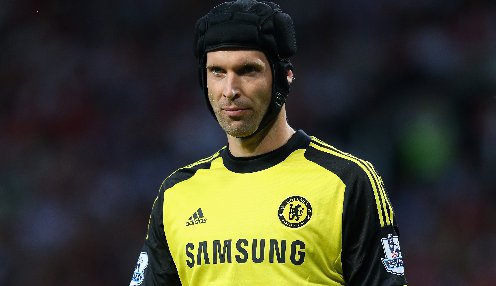 Petr Cech has a big decision to make this summer.

Arsenal are in prime position to lure Petr Cech across London from Chelsea according to Blues goalkeepng coach Christophe Lollichon.

Lollichon feels the experienced stopper will move on and while he has been linked with Ligue 1 champions Paris St Germain as well as Manchester United it is London rivals Arsenal that remain a likely destination.

The advantage is that Arsenal is a top club, with a philosophy that pleases him and is based in London.

“We knew that the 2014-15 situation could not go on forever. It’s magnificent to have two goalkeepers of that standard, but it can’t continue. It’s tough for a guy like Cech to be on the bench,” Lollichon said.

“He has at least three or four excellent years ahead of him. Given his lifestyle and his desire, and given he loves football and is a perfectionist, the club he goes to will have a great chance to win trophies.”

Gunners boss Arsene Wenger would surely love to get one over on Jose Mourinho by luring Cech to the Emirates.

Lollichon says there has been interest from PSG, but he is not convinced that Cech has any desire to swap the Premier League for the French top flight.

“The problem is that when you have played in England, Ligue 1 seems light. He wants to stay in England, but I don’t know at which stage the discussions are at,” he said.

Arsenal are 5.50 to win the Premier League next season, with Chelsea 2.50 to retain their title. Lollichon feels Cech could be on the opposite side of that particular London derby next term.

“The advantage is that Arsenal is a top club, with a philosophy that pleases him and is based in London,” he added.