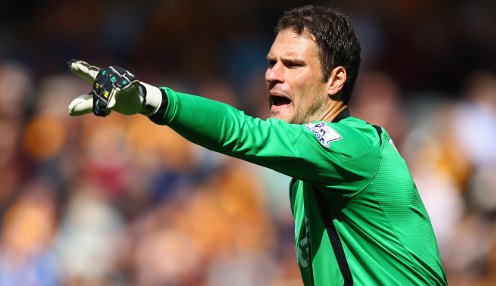 Asmir Begovic believes he can play a key role in the Chelsea side after completing his transfer from Stoke City to the 2014/15 Premier League champions.

The 28-year-old has signed a four-year contract at Stamford Bridge and replaces Petr Cech at the club after Blues boss Jose Mourinho allowed the Czech shot-stopper to move to Arsenal earlier in the summer.

Bosnia and Herzegovina international Begovic made 172 league and cup appearances for the Potters after joining the club from Portsmouth in February 2010 for £3.25million.

I feel like I can develop here and be an important part of this team.

Begovic, who had one year remaining on his contract at the Britannia Stadium, said: “I am very happy to be joining Chelsea. After speaking at length to the manager, I feel like I can develop here and be an important part of this team. I am looking forward to meeting up with the team on Wednesday for the pre-season tour.”

Begovic, who is Mourinho’s second signing of the summer following the acquisition of Radamel Falcao from Monaco on a season-long loan, will challenge Thibaut Courtois for the goalkeeper’s shirt at Stamford Bridge.

He has won 41 caps for his country and joins a Chelsea side that is 2.50 to win the 2015/16 Premier League title outright and 17.00 to win both the Premier League and the Champions League this season.