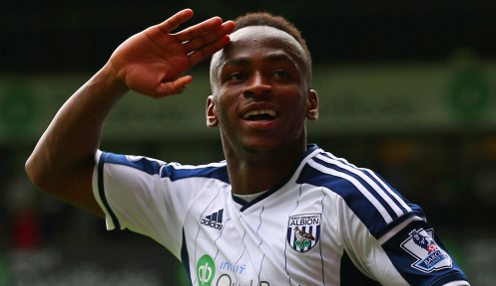 West Brom have been handed a boost after it was confirmed that Saido Berahino will have recovered from a knee injury in time for the start of the new season.

The striker sustained the problem just before the start of this month’s Under-21 European Championship while training with England.

We are grateful to the England medical staff for putting Saido’s welfare first.

However, after undergoing tests on his return to England, the Baggies have said that Berahino has sustained a minor tear in the ligament which will keep him sidelined for four weeks.

West Brom’s performance director Dr Mark Gillett told the Express & Star: “Saido has got a ligamentous tear of his knee which does not require surgery but careful rehabilitation for up to four weeks.

“We are grateful to the England medical staff for putting Saido’s welfare first.”

The 21-year-old has scored 19 Premier League goals for Albion in 43 starts and 27 appearances from the substitutes bench for the club.

West Brom are available at 6.00 to win their first Premier League match of the season on 8th August against Manchester City and are 4.00 to finish in the top half of the table in 2015/16.