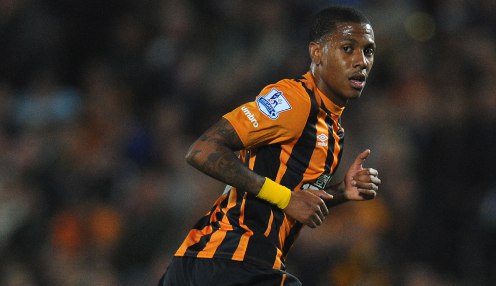 Abel Hernandez could be heading out of Hull this summer.

Steve Bruce is hoping to keep the majority of his Hull City squad together after opting to release six first-team players who were out of contract this summer.

Liam Rosenior, Paul McShane, Yannick Sagbo, Maynor Figueroa, Steve Harper and Joe Dudgeon have all been told their futures lie elsewhere after the Tigers’ relegation from the Premier League was confirmed on Sunday.

However, Alex Bruce and Stephen Quinn have been offered new deals while Bruce will hope he can keep the likes of James Chester, Robbie Brady and Ahmed Elmohamad.

Regrettably, following relegation we have made the decision to release the majority of those players whose contracts have expired.

Gaston Ramirez’s loan spell from Southampton comes to an end next month, while it is expected that the likes of Nikica Jelavic, Abel Hernandez and Dame N’Doye will move on this summer.

Bruce is hoping that he can put together a squad this summer that can challenge for promotion next season. Hull are currently available at 3.00 to be promoted from the Championship in 2015/16, while Burnley are 5.50 to go up, QPR at 5.00 and Middlesbrough at 4.50.

“Regrettably, following relegation we have made the decision to release the majority of those players whose contracts have expired,” said Bruce.

“The aim now is to retain as many of the remaining squad as possible and look to add some new faces this summer as we bid to compete at the top end of the Championship and bounce straight back into the top-flight.”