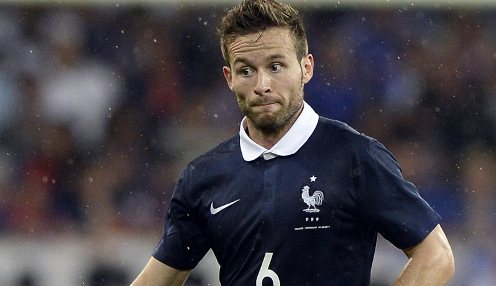 Crystal Palace signing Yohan Cabaye says he relishing the prospect of getting started at his new club after penning a three-year deal.

The France international has brought a difficult spell at Paris Saint-Germain to an end, having moved to the capital from Newcastle United in January 2014.

Cabaye, who has been reunited with former Magpies boss Alan Pardew, is now back in the Premier League and is looking forward to the next chapter of his career at Selhurst Park.

He told the club’s official website: “I’m happy to be here. I’ve been waiting for the decision, had the medical and now I can’t wait to focus on my new team, a new season and my new life.

“I wanted to come and play for Palace because there are some really strong players here. They finished very well last season and I think they can compete to get into the top eight.

“I also know the gaffer and have worked with him before and I’m confident with him. I want to do my best for him because he’s made a big effort to get me to come here, as well as the Chairman, so I have to say a big thank you to both of them.”