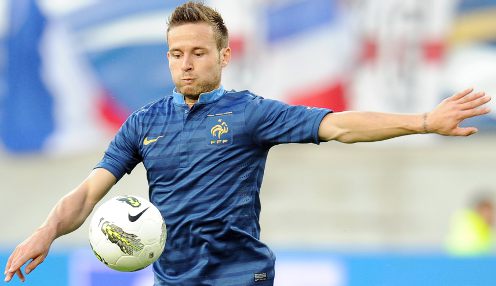 France midfielder Yohan Cabaye has said he hopes Paris Saint-Germain help him “facilitate” a move back to the Premier League.

The capital giants had a revised £19million offer accepted by Newcastle United last January for the midfielder but Cabaye has failed to hold down a regular shirt under coach Laurent Blanc.

“I have done everything to change my situation, but it failed, I’m sure I can’t do anything more to change something.”

He signed a three-and-a-half-year contract with the Ligue 1 big-spenders but has repeatedly been overlooked by the likes of Marco Verratti, Blaise Matuidi and Thiago Motta in the PSG engine room.

Cabaye said he had been left with no alternative but to find a new club and did not rule out a return to the Premier League.

“I have done everything to change my situation, but it failed,” the 29-year-old told L’Equipe. “I’m sure I can’t do anything more to change something.”

The former Lille star started just 20 games in all competitions last season for the Ligue 1 champions and suggested he may look at other options if he fails to secure a move back to England.

Speaking ahead of France’s international friendly against Albania at Elbasan Arena on Saturday, he said: “If I’m staying in Paris, I could do all I want, nothing is going to happen. If I can go back to the Premier League, I hope everybody is going to be intelligent enough to facilitate it.

“But there may be other opportunities.”

Crystal Palace manager Alan Pardew, who first brought Cabaye to England when he was in charge of Newcastle, has been credited with an interest in the midfielder. Paris Saint-Germain are currently priced 17.00 to win the Champions League next season.