Carrick not yet ready to start 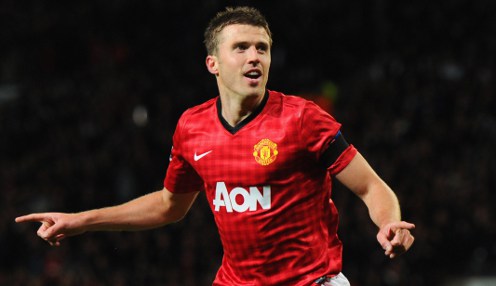 Midfielder Michael Carrick will not start for Manchester United against Newcastle United on Wednesday evening as he continues his recovery from a leg muscle injury.

The England international was included among the substitutes for the 2-0 win over Sunderland at Old Trafford on Saturday, but was only included due to the absences of Phil Jones and Luke Shaw.

And Red Devils head coach Louis van Gaal has confirmed that Carrick is not yet ready to return to the starting line-up, telling MUTV: “I think it is too early for Michael Carrick.

“He has trained now in three training sessions with us. Because of the three players I didn’t bring with us (against Sunderland) he was in the 18 and I took a risk with that.

Dutch striker Robin van Persie will also miss the trip to St James’ Park, as he continues to be troubled by an ankle problem, with Van Gaal concerned that his compatriot may be out for some time.

He added: “I do not think it is very heavy, but ankle problems can take a long time. It is not one or two weeks.”

In the absence of Van Perise, United are 2.00 to pick up all three points on Tyneside and are 2.50 to keep a clean sheet, while the Red Devils are 1.72 to secure a top-four finish come the end of the season.