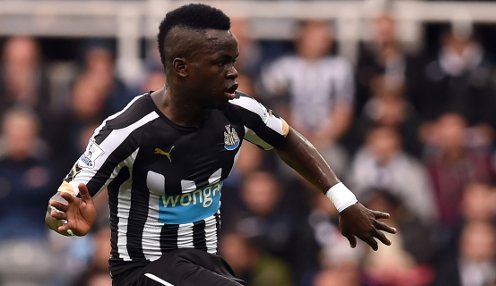 Cheick Tiote could be heading out of Newcastle in the summer.

Newcastle United manager John Carver has predicted that there will be a lot of changes at the club in the summer.

The Magpies lost 3-0 at Everton last weekend and look set to finish in a comfortable mid-table spot for the second season in a row after they secured tenth place last term.

They are currently 11th after losing manager Alan Pardew midway through the campaign. He opted to leave Tyneside and return to Crystal Palace, where he had starred during his playing career.

Carver is in charge of Newcastle until the end of the season, and accepts that there needs to be a clear-out at the club.

“It’s pretty obvious to the man in the street and to the professionals,” he said. “It has to be done.

“I was a bit astonished when people came out and talked about us being on the beach and wearing flip-flops though. How can players do that when they know that everybody is playing for their futures?”