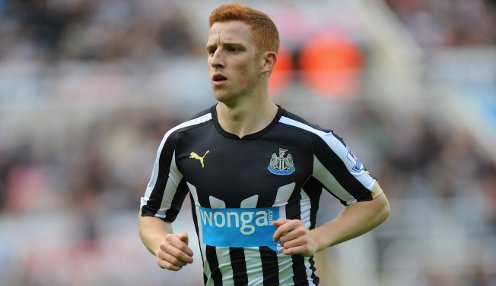 Newcastle United interim manager John Carver has attempted to shift the pressure from his own side onto Everton ahead of the teams meeting on Sunday at Goodison Park.

Carver, appointed boss until the end of the season at St James’ Park, says that home advantage combined with the extra games Everton are playing due to their involvement in the Europa League, piles the pressure onto the home side on Sunday afternoon.

He told his pre-game press conference: “Everton have 12 or 14 extra games than us and it’s draining from a physical and injury point of view.

“All the pressure is on them on Sunday. There is none on us and we have to go there and express ourselves.”

All the pressure is on them on Sunday.

Newcastle head down to Liverpool having had over a week without competitive football, their last game was a home defeat by Manchester United on 4th March.

By contrast Everton were in action on Thursday night, beating Dynamo Kiev 2-1 in the first leg of their Europa League round of 16 clash.

Carver’s side, judging by the Premier League table, have little to play for, sitting in 11th place, almost equidistant from the European places and the relegation zone.

However, Carver has made no secret of his desire to have the manager’s job on a permanent basis and will hope that performances from now until the end of the season will result in him having an extended spell on Tyneside.

Both teams have a number of injury concerns ahead of the game. Everton are waiting on the fitness of John Stones and Leon Osman and have Gareth Barry suspended while the visitors will be without Papiss Cisse beginning a seven-match ban but they do hope to see the return of Remy Cabella and Jack Colback.