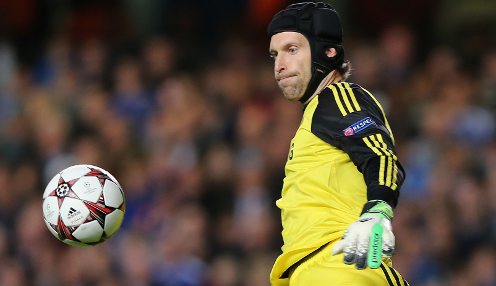 Chelsea goalkeeper Petr Cech has revealed he is to have a meeting with the club next week and will not make any decision on his club future until after the talks.

The 33-year-old has been heavily linked with a move away from Stamford Bridge recently having lost his place as manager Jose Mourinho’s first choice shot stopper to Thibaut Courtois this season.

Cech has admitted it has been tough sitting on the bench and has indicated he could be prepared to move on from Stamford Bridge this summer in the search of first-team football.

Mourinho has made it clear he would rather the four-time Premier League winner stayed in west London, and the Czech Republic international says he has made no decision on his future at this time.

Cech is currently away on international duty for his nation’s crunch Euro 2016 qualifier with Iceland and says he will sit down to hold talks with Chelsea on his return.

He said: “First I have to agree with the club what the conditions would be for leaving.

“Next week we will have a meeting with Chelsea.

“At the moment it is with my agent. When it is clearer and all the cards are on the table, we will decide.

“I believe that for what I have done for the club and what the club has done for me, we can arrange it so we are all happy.”

Cech made 16 appearances for Chelsea this season, helping them to collect the Premier League and Capital One Cup.

The Blues are 2.50 to retain their league crown next term, while they are 6.00 to be reclaim the Capital One Cup.

Meanwhile, Cech’s nation, the Czech Republic, are 2.62 to get the better of Iceland on Friday, with their opponents 2.80 and the draw 3.10.