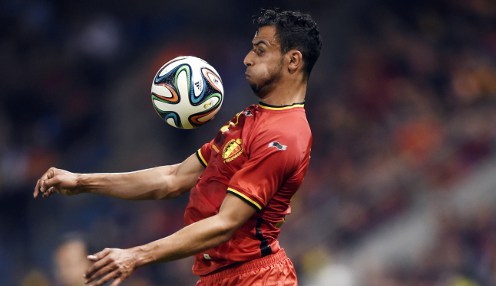 Belgium international Nacer Chadli has promised the Tottenham fans that they will see him play even better in the new season.

The 25-year-old scored an impressive 11 goals in 28 Premier League starts for Spurs last term after struggling in his first season at White Hart Lane when he only found the net once in the league.

Chadli, who moved to Spurs for £7million from FC Twente two years ago, is keen to provide more assists for his team-mates in 2015/16 and grab even more goals.

He said: “I try to work every day on creating more goals and, next season, I think you’ll see a better Nacer Chadli.

I try to work every day on that and next season, I think you’ll see a better Nacer Chadli.

“I can improve in many ways. I think I can score more goals, make more assists and play better games than I did last season, even though it was a big improvement for me.

Mauricio Pochettino’s side are 5.50 to beat Manchester United at Old Trafford in their first game of the Premier League season on 8th August and 7.00 to finish in the top four in 2015/16.