Cleverley: Roberto is a great manager 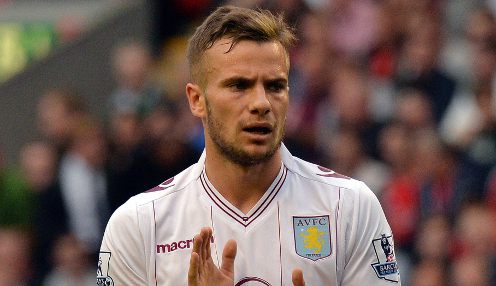 Midfielder Tom Cleverley has given his reasons for joining Everton ahead of the new Premier League season and says manager RobertoMartinez was a big factor in his move to Goodison Park.

Cleverley’s transfer from Manchester United to Everton became official on the first day of the summer transfer window and says, after playing under Martinez at Wigan earlier in his career, he is looking forward to doing so again.

It’s definitely the club I wanted to play for.

He told Everton TV: “I think Roberto is a great manager and I’m massively looking forward to working with him again.

“We obviously had a year at Wigan together that I really enjoyed. He knows me and he knows how I like to play, so hopefully we can hit it off again come the start of the season.”

Cleverley leaves Old Trafford after 15 years at the club, joining them as an 11-year-old. He made 55 appearances for United but spent time away from the club in recent years, having loan spells with Leicester and Watford as well as Wigan and last season Aston Villa.

He had been a regular with Villa, playing an integral part as, under new manager Tim Sherwood, the club escaped from relegation trouble and reached the FA Cup final. Cleverley played at Wembley as they lost 4-0 to Arsenal and was widely tipped to sign for Villa permanently.

However, he said there were many reasons why he chose Everton instead, adding: “There is an all-round package with the history of the club, the great players that are currently here, the manager and the fans. It’s definitely the club I wanted to play for.”

The Toffees who start the new Premier League season at home to newly promoted Watford on 8 August, are 1.25 to finish in the top half of the Premier League and are 3.75 for a top six finish. They are 1.72 to beat Watford in that opening game.