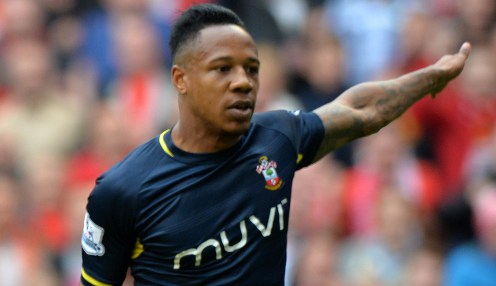 England right-back Nathaniel Clyne has completed his undisclosed fee move from Southampton to Liverpool, putting pen to paper on a long-term contract at Anfield.

The 24-year-old spent the last three seasons with the Saints, making almost 100 Premier League appearances for the South Coast outfit following his arrival from Crystal Palace, forcing his way into the full international set-up to make his debut in November last year against Slovenia.

It’s definitely a good opportunity to come here and try to fulfil my potential.

However, with just over a year of his Southampton contract to run, Clyne made it known that he was not likely to pen a fresh deal and has now secured a move to Merseyside.

And the talented full-back is relishing the new challenge at Anfield, telling the club’s official website: “I’m delighted and it’s a dream move for me to come here and play for such a big club. I can’t wait to get started.

“As soon as Liverpool showed their interest in me, I was happy and just wanted the deal to go through.

“The gaffer has shown a lot of interest in me and this is a place where I can improve as a player, I think. It’s definitely a good opportunity to come here and try to fulfil my potential.”

Liverpool, who finished in sixth place in the Premier League last season, can be backed at 3.75 to finish in the top four next term, with the Saints 15.00 and Tottenham 7.00.

Meanwhile, Southampton executive director of football Les Reed has admitted that his club were forced into a corner after Clyne made it clear that he did not want to pen a new contract.

He added: “With Nathaniel’s contract entering its final year, it was important that his future was resolved this summer.

“It became clear that Nathaniel did not wish to extend his deal..we were keen to swiftly move on early in our pre-season schedule.”