Concern up front for van Gaal 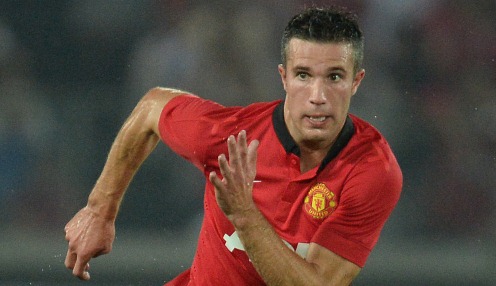 Louis van Gaal has said he is concerned Manchester United could start the new Premier League season with a lack of attacking options.

It follows reports Turkish side Fenerbahce have opened talks to sign Netherlands striker Robin van Persie, while luxury loan signing Radamel Falcao has been let go and the future of injured Mexico goal-getter Javier Hernandez is not clear.

“When we feel we can say he is gone, you shall hear it from Manchester United. We don’t have the feeling yet.”

New signing Memphis Depay was unveiled on Friday but it means the former champions may have only England captain Wayne Rooney and James Wilson as regular starters on the club’s summer tour of USA.

“I have to see how we solve this problem,” said van Gaal, who has been linked with the likes of Harry Kane, Edinson Cavani and Thomas Muller.

Fenerbahce announced via social media this week they had opened talks with 31-year-old van Persie, who has one year left on his current contract and has struggled with injury and scored only 10 goals last season, but countryman van Gaal said the deal was not over the line.

He told reporters: “When we feel we can say he is gone, you shall hear it from Manchester United. We don’t have the feeling yet.”

The highly-rated stopper has just one year left on his contract at Old Trafford but van Gaal said he was confident the 24-year-old would report on Monday when the club take off for their pre-season tour.

He said: “I think he is a very professional player and he showed fantastic attitude until now.”

Manchester United are currently priced 6.00 to win next season’s Premier League and 1.25 to secure a top-four finish.