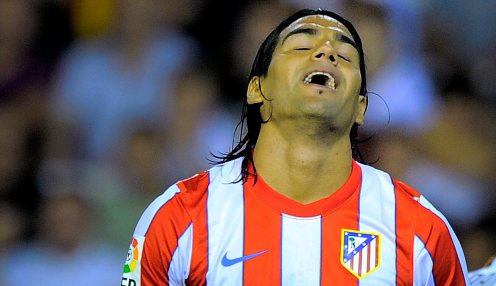 “We know that Falcao is a hugely talented player. The only thing he needs is to feel loved and trusted, and he will get both here.”

The 29-year-old was shown the door by van Gaal at the end of the season but then moved to Stamford Bridge on a similar temporary arrangement and will link up with former Atletico Madrid team-mates Thibaut Courtois, Filipe Luis and Costa.

Costa is convinced joining the champions will bring the best out of Falcao and believes the former FC Porto star is ready to unleash a season of frustration.

“It’s good for us that he didn’t have the best of seasons as that’s why he’s now with us,” the Spain international told reporters.

“We know that Falcao is a hugely talented player. The only thing he needs is to feel loved and trusted, and he will get both here.

“The manager [Jose Mourinho] is very happy to have brought him in and we are all very excited to have him in our squad because he’s a great player.

“He gets on very well with his team-mates and he will help us a lot off the field too.”

Falcao and Costa scored 54 goals between them in all competitions the last time they played together at Vicente Calderon.

Falcao scored 62 goals in two seasons for FC Porto between 2009 and 2011, before joining the La Liga giants, but, after 70 goals in two prolific seasons with the Spanish capital side, Monaco signed him for £50million in 2013.

Chelsea are currently priced 2.50 to win next season’s Premier League and quoted 9.00 in the Champions League outright winner betting.