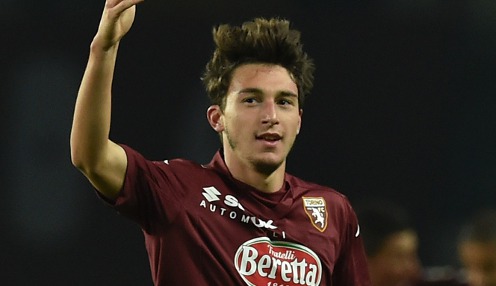 The 25-year-old has penned a four-year contract at Old Trafford to become the second major signing made by United this summer, with Bayern Munich midfielder Bastian Schweinsteiger poised to become the third.

Matteo will be a great addition to the team.

And Van Gaal is expecting Darmian to make his mark with United, with the Azzurri star expected to fit in at right-back.

Dutchman Van Gaal told the club’s official website: “Matteo is a right-sided full-back with the versatility of also being able to play on the left.

“He is a strong defender and has the ability to go forward in attacking positions, which is a fantastic attribute to have and much needed in the fast rhythm of the Premier League. Matteo will be a great addition to the team.”

Meanwhile, Darmian is also excited about the new challenge ahead, telling MUTV: “For me it’s a great opportunity. I wanted to go there and I don’t think twice. I’m so excited and I am very happy to be here at one of the most important clubs in the world.”

“It’s a great opportunity. The team is a competitive team and we all want to play together and do well together.

“It’s a club with a great history and a lot of victories. I think the team will carry on in that direction of winning trophies.”

United can be backed at 6.00 to win the Premier League title next season, with Manchester City 3.75 and Arsenal 5.50.