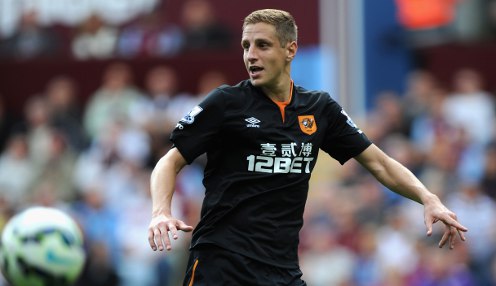 Hull City captain Michael Dawson is hoping Sunderland and Newcastle are affected by “playing with pressure” when the race to stay in the Premier League reaches the wire.

A wretched run of three straight defeats has seen Steve Bruce’s men fall to third from bottom and in need of victory against the manager’s old club Manchester United at the KC Stadium on the final day of the season to have any hope of staying in the top flight.

“The pressure is on Newcastle and Sunderland as well, but we know we have to win and I believe if we do win we’ll have enough to stay in this league.”

Newcastle can secure their safety by beating West Ham at St James’ Park and Sunderland will be safe if they pick up a point at Arsenal on Wednesday or manage a draw at Chelsea on Sunday.

Dawson told reporters: “They say in the Premier League there’ll be a twist and hopefully it’ll go our way.

“The pressure is on Newcastle and Sunderland as well, but we know we have to win and I believe if we do win we’ll have enough to stay in this league.

“If Newcastle and Sunderland win they are obviously safe but they are playing with pressure.”

Bruce has a miserable record as manager against United, having never tasted victory in 21 matches against his old club, but Dawson said the 1-0 win against Liverpool at the end of April proved they were capable of an upset.

The former Tottenham centre-back added: “We beat Liverpool at home and hopefully we can have another performance and result like that.

“Hopefully a win will be good enough, it’s out of our hands.”

Relegation-threatened Hull City are currently priced 3.20 in the match betting and the draw outcome is quoted in the same market at 3.50. Manchester United are available to back at 2.15.