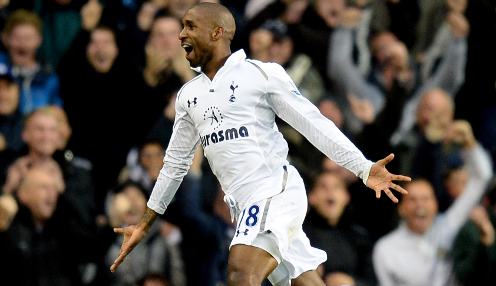 Jermain Defoe fired Sunderland to a derby victory with a stunning volley.

The 32-year-old former England international striker, who joined the Black Cats in the January transfer window, smashed in a left-foot effort from just outside the area right on half time to seal the three points in Dick Advocaat’s first game in charge at the Stadium of Light since he replaced Gus Poyet last month.

Defoe’s wonder goal ensured Sunderland only their third home win of the season and ended an eight-game winless run which saw them drop to the final position of safety as they started this game ahead of Burnley on goal difference.

We have three home games to go and we must get those points there as well. Now we concentrate on Crystal Palace. I am really happy for the players and the fans.

Afterwards Advocaat said: “It was working from the beginning to the end, overall it was a well deserved win, I am very proud of them. It was a brilliant goal and besides that we had more opportunities to score more goals.

“You could see that the front three worked so well together. It helps the midfield when the strikers work hard. Since I arrived the fans have been excited and if you can get them behind you it gives you an extra boost.

“We have three home games to go and we must get those points there as well. Now we concentrate on Crystal Palace. I am really happy for the players and the fans.”

Newcastle boss John Carver was left disappointed after the Magpies lost their fifth successive derby against their rivals from Wearside, while it is a fourth defeat on the bounce for his side who are probably safe from relegation on 35 points.

He added: “I am getting fed up with the question of our season being dead. You try telling our fans that. We can’t have that. The guys in the dressing room have to do something about it.

“We have 35 points and that might not be enough. We need to go and win some games.”