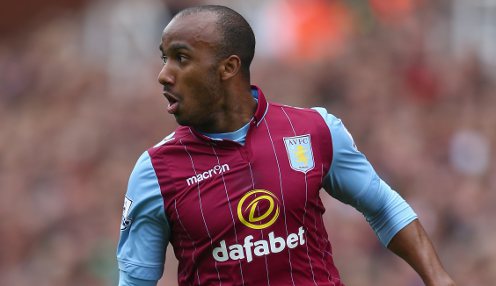 Fabian Delph has said he is not moving to Manchester City and has committed his immediate future to Aston Villa.

The England midfielder had been thought likely to move to the Etihad Stadium this summer with reports suggesting he was set for a medical in the North West.

However, in an attempt to stop the media speculation, he has announced that he will be at Villa Park next season.

He said in a statement on Aston Villa’s website: “I’m aware there has been intense media speculation surrounding my future in the last 24 hours and I want to set the record straight.

“I’m not leaving. I’m staying at the football club and I can’t wait for the start of the season and captaining this great football club.”

I’m staying at the football club and I can’t wait for the start of the season.

It had been widely reported that City would sign the midfielder for £8m after activating a buy-out clause in his contract.

The move seemed to be nearing its conclusion when Delph didn’t travel with the Villa squad that flew out for a pre-season training camp in Portugal.

However, he is staying and that will be warmly welcomed by manager Tim Sherwood who guided the club away from relegation trouble and into the FA Cup final last season.

Delph made 28 Premier League appearances for the club last season and his form led to international recognition, with Roy Hodgson handing him his England debut against Norway last season.