It’s normal in football to go through a bad patch. You don’t score, you feel bad and people criticise you…but you know that all of a sudden you can turn things around, start scoring and playing well again.

Of course, the two goals Rashford has just scored will be good for his confidence, but I think overall, when you’re a good player you always know that you are a good player and sometimes your game suffers and you have bad performances. That’s a given, everybody goes through that.

For Rashford, it’s about how how fast he can get out of that that moment where you aren’t scoring. Fortunately, everybody connected with United will be happy that he’s back to scoring and looking like he’s enjoying himself again. You can see that when he scored that last winner and how much emotion he put into the celebration. It was great to see him score again.

I saw him post a picture of the goal and he captioned it Fergie Time. It is a great feeling to score a last-gasp winner. I mean every goal is a good goal, but if it’s in the last minute and you win the game, that’s something special that gives you even more of an ego boost. It doesn’t matter what kind of goal you score. A tap in or a screamer.

When it’s a last minute goal, it’s an unbelievable feeling, you can see by the emotion of the face and the body language when you score, how much it means to everybody, not only Rashford but everybody and these are the moments that make football even more magical.

It’s good for him that he’s getting back to his normal self and the positive way of playing and scoring. Obviously, it’s good for the whole team too, but even if you have someone who is going through a bad period, which is normal, that’s why you have your teammates around you, that’s why it’s a team, that’s why someone else will step up. That’s why you may have to sit on the bench until you get your form back.

This is normal in football and it’s great for everybody in the team to have one of their best strikers back in form, but don’t forget it’s a team sport. If someone is not performing well then it’s the job for someone else to step up and United are in a great position to attack the top places. Even if they keep winning by one goal, it doesn’t matter how you just get the points.

Any move that gives Donny van de Beek the opportunity to play is a good move for him. It’s not working out for the Dutchman at United and it doesn’t matter who the manager is, he’s constantly on the bench, and not playing enough minutes to get into shape and form.

It’s best for him to follow Anthony Martial and leave to club to go and play elsewhere.

He never established himself as a first choice player, which is a shame because he produced great performances for Ajax. He should go on a permanent move and try to get back into the form that he was in before.

A loan move to Crystal Palace is an option and if it happens I welcome it because as I said he’s not going to play as a starter at United so he needs to go somewhere where he will be appreciated more.

If he does go to Crystal Palace he will be managed by a Premier League great in Patrick Vieira, but it’s down to Van de Beek to get back into form and up to a level that he was at before he moved to United. It’s unfortunate and this is what happens when you panic buy players. It’s not good for anybody, you spend a lot of money then the players don’t play.

It’s not easy being in his position but I don’t feel sorry for him. He’s a good enough player to rediscover his form. He has the quality, he has the eye, he’s in the middle of the park and he can read the game really well. His adaptation to the team wasn’t good, in a way he was never there because he’s not the first pick in the middle of the park.

He needs a consistent run of games so he can show what he can do, not coming on for 10 or 15 minutes as a substitute. If he gets time at Palace he could be an important player for them.

First and foremost I’m sad to see Anthony Martial leave United, but in a way I’m happy for him because he needed to go and he needs to play more minutes. Hopefully he will get that with Sevilla and he can show his full arsenal of quality in the Spanish league. 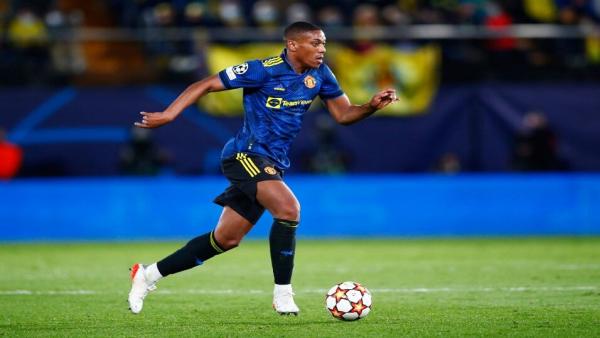 So we’ll see if the move is going to work for him and give him that smile back, knowing that he’s going to play every minute. He’s 26, not even at his peak yet. It’s a massive opportunity for him to get his career back on track, at a team that are challenging for the La Liga title.

Time for Lingard to move on

Jesse Lingard also needs to go and find more game time. I was surprised that he didn’t stay at West Ham and they didn’t find a solution because he did so well there and I don’t know why he’s choosing to stay United if he he’s not going play.

If United aren’t going to play him then I don’t understand why there are any problems with him leaving the club. Obviously, when you are from the academy and have spent much of your life at United, it’s difficult to let go and start a new chapter but I don’t think he should be afraid because, as he showed with West Ham, he can do it.

He’s still under 30, so he has enough time to to play and enjoy football but just sitting on the bench at United, it’s obvious he isn’t going play, I cannot accept that.

Dele Alli is waiting for a big club

I’m not surprised to see Dele Alli linked with a move away from Tottenham, it’s been a downhill for him in recent seasons. It started with Jose Mourinho and now it’s continued with Antonio Conte. So there must be reasons if two of the best coaches in the world are not playing you. 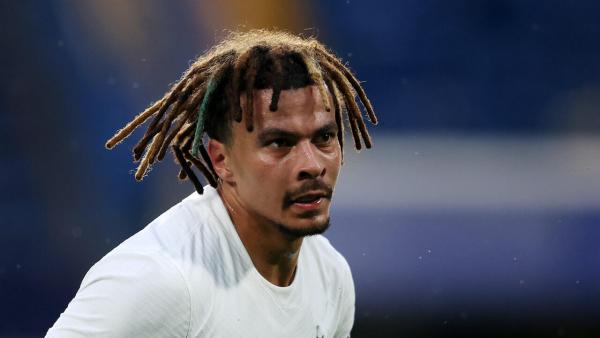 If he wants to be part of the national team then he needs to play. Sometimes it’s difficult to change the environment when you spend so many years in one club. But that is the risk you need to take sometimes and get out of your comfort zone and find some other places to go and show what you can do, otherwise you sit there and do nothing.

I have seen that Brighton, Burnley, Everton and Newcastle have been linked with him. At 25, with all due respect, I’m not sure he’s going to join any of those clubs. I think he values himself highly based on what he has done with Spurs. I think he would like to go to a team that is challenging for trophies. He’s waiting for a big offer from a big club.

Wayne Rooney has been linked to the Everton job and I agree with my old team-mate that maybe managing in the Premier League is still a bit too early for him. He’s doing great with all the obstacles and problems that Derby are going through. He’s getting the lessons in management every day and getting better and better for it. 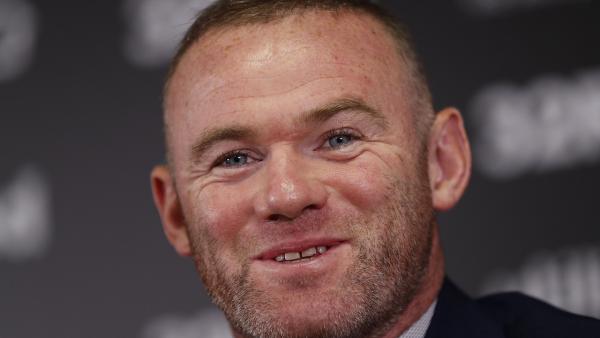 He doesn’t need to risk rushing into managing a Premier League team, especially now when Everton aren’t in great shape. He needs to calculate how he should make the next step, but for the moment it’s better for him to continue growing at Derby. Sooner or later the right chance will come and he’s going to step into a Premier League club.

As a team-mate, Rooney was a really good communicator. Anyone who was new to the team he was great with. He was one of the first people to speak to them, have a laugh and a joke and make them part of the team.

This is one of the most important things for a manager – to find a common language with every one of your players, your staff and everybody working with the club. As a player, he was really good at that.

He was selfless and was always putting the team first above him and making other players shine when they needed to shine.

I could tell that he was learning so much from Sir Alex Ferguson, and he probably is still asking for his advice from time to time.

Wayne has all the tools and that’s why I think he’s getting there slowly but surely and he will be a Premier League manager in the future.

He’s still very young in the managment profession and he’s learning the hard way in the Championship where there’s a lot of fighting and battling, but that will help him when one day he’s stepping into the big league, especially with the problems that Derby are facing.

When I check how my old club Fulham are doing, I cannot help but smile. They’re getting some great results, scoring lots of goals and obviously, getting the points they need. They’re in first place and flying, I’m sure they will be back into the Premier League next season.

Hopefully they have learned their lessons and, if they get promoted, can stay up.

Aleksandar Mitrovic has an unbelievable record this season and respect must be given to him for that achievement.

It’s a little surprising to see that he hasn’t been snapped up by any Premier League side, but I think his style of play is a bit different to what the clubs are looking for in my opinion.

He’s great at finding space around the box and he bullies the defenders because he’s very strong physically. That style is great for him obviously and when you’re in the Championship, you play teams with less quality and you score more goals if your team is good enough.

But if you go to the Premier League where the level is really high, the whole team has more problems, as we have seen with Fulham in the past. If they cannot correct the mistakes and find the balance then the team will suffer and they will not score enough goals.

For now they’re doing great and all credit to them. Hopefully they’ll go back to the Premier League but if they do not learn from the mistakes of the past, the whole team is going suffer.