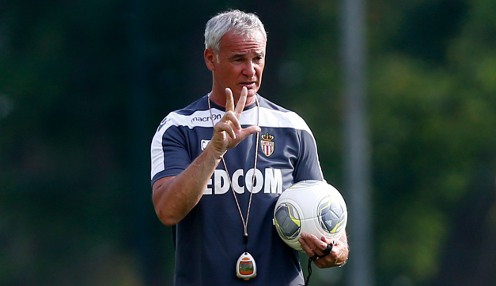 Former Chelsea boss Claudio Ranieri is relishing a return to the Premier League after signing a three-year contract to become the new manager of Leicester City.

The Foxes have drafted in the 63-year-old Italian following the recent sacking Nigel Pearson, who helped City preserve their top-flight status last season with a superb run of form in the closing weeks of the campaign.

Since I left Chelsea I have dreamt of another chance to work in the best league in the world again.

And Ranieri, whose lengthy career has taken in spells in charge of the likes of Inter Milan, Monaco and Valencia, told his new club’s official website: “I’m so glad to be here at a club with such a great tradition as Leicester City.

“I have worked at many great clubs, in many top leagues, but since I left Chelsea I have dreamt of another chance to work in the best league in the world again.”

Meanwhile, Foxes vice-chairman Aiyawatt Srivaddhanaprabha believes that attracting Ranieri to the club shows just how high their standing is in English football.

He added: “His achievements in the game, his knowledge of English football and his record of successfully coaching some of the world’s finest players made him the outstanding candidate for the job.

“To have attracted one of the world’s elite managers speaks volumes both for the progress Leicester City has made in recent years and for the potential that remains for the club’s long-term development.”

Last season City looked doomed to relegation straight back to the Championship, before winning seven of their final nine league games to complete a great escape.

Leicester can be backed at 3.75 to be relegated next season, with Aston Villa 4.50 and West Bromwich Albion 5.50.