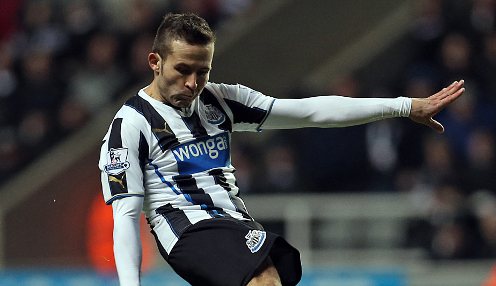 Yohan Cabaye could be returning to England with Crystal Palace.

Parish has spoken out on the Eagles’ transfer plans in this summer transfer window following speculation linking the Londoners with a bid for the 29-year-old France international.

Italian Serie A giants Roma are another club to be linked with a bid for Cabaye, who is looking for a move to secure regular first-team football to be certain of making the French squad for next summer’s Euro 2016 tournament on home soil.

However Parish has now confirmed Palace’s interest in Cabaye as they look to reunite him with his former Newcastle United manager Alan Pardew at Selhurst Park ahead of the new Premier League season.

Palace finished last term in tenth position, but Parish claims they want to sign players with Cabaye’s calibre to help them progress in the future.

Palace are 3.50 to again finish in the top half of the Premier League next season, while they can be backed at 21.00 for a top-six finish.