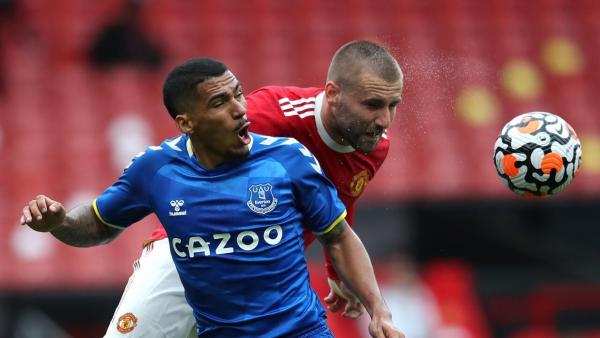 Everton have started the season well and host Burnley on Monday night, and Mike Norman believes we’re all set for an entertaining game at Goodison Park…

“And as I’ve already mentioned, the early signs are the Burnley are approaching their games with more attacking intent, and that could easily lead to a wide open game on Monday night.”

It’s fair to say that not every Everton fan was supportive of former Liverpool boss Rafa Benitez being appointed their new manager, but the Spaniard is wasting not time in trying to win their trust.

Only Tottenham accumulated more points than the Toffees in the first three rounds of Premier League fixtures and only West Ham and Man City scored more goals than Benitez’s men. Everton comfortably beat both Southampton and Brighton with a 2-2 draw at Leeds sandwiched in between.

James Rodriguez is back training with the squad after failing to move clubs during the transfer window, but the Colombian is unlikely to break into the starting XI with Everton looking far more balanced with Allan and Abdoulaye Doucoure in the middle of the park and new signings Andros Townsend and Demarai Gray impressing from wider positions.

Richarlison and Dominic Calvert-Lewin continue to be the Toffees main goal threats, while deadline day signing Salomon Rondon, who has worked with Benitez previously, is an excellent addition to the squad.

The 31-year-old striker could make his debut on Monday night if Calvert-Lewin hasn’t fully recovered from the minor injury that kept him from teaming up with England recently.

Another slow start for Clarets

Burnley have taken just a single point from their opening three league games, drawing at home with Leeds before the international break following defeats to both Brighton and Liverpool.

It’s not the first time Sean Dyche‘s men have started a campaign slowly of course, but you have to wonder how long they can continue to defy the odds and remain a Premier League outfit.

Dyche has pretty much retained the same squad that finished 17th in the table last term while versatile Ivorian international Maxwell Cornet is the Clarets’ only significant outlay in the transfer window, arriving from Lyon for around £13m. Veteran winger Aaron Lennon, who left Burnley to join Kayserispor on a free transfer last summer, has surprisingly returned to the club at no cost.

Although we only have three games to go on, the early signs are that Dyche is instructing his team to play a more attacking game this season.

The Clarets sit eighth in the xGF (expected goals for) table, while very un-Burnley-like they are conceding lots of chances, sitting fourth in the xGA table. Burnley are trading at around 2.56/4 in the Relegation market, which is an understandable price with their defence currently struggling.

Match Odds about right but hard to make a call on

Everton are available to back at 1.774/5 to win the game which seems about right given current form and home advantage, but I’ve found the Toffees a hard team to get right in the past and that’s largely down to them conceding goals regularly.

Following a 1-0 win on the opening day of last season Everton then went 12 games without keeping a clean sheet, and although they defended better towards the end of the campaign I can’t get away from the fact that they conceded in each of their first three games this term before beating Brighton 2-0, a game in which they conceded 14 shots at goal.

Burnley are 5.59/2 to win the game with the Draw trading at around 3.9, but I genuinely have no interest in getting involved in the Match Odds given my reservations about Everton’s defence.

Having already mentioned that Burnley went into the weekend fixtures fourth in the xGA table, and that I’m worried about Everton’s defending, then the Goals markets appeal as a place to have a wager, especially because if the Clarets do have a declining backline then the traders don’t seem to have cottoned on yet.

True, 2.6 goals per game doesn’t give us much wriggle room if supporting Over 2.5 Goals at 2.111/10 but that stat does at least suggest that this market should be pretty much a coin toss, and based on this season’s results and shots data then ‘overs’ should be trading a lot shorter.

We can also back

I like Everton going forward, I think they have the potential to score freely, but I’m not convinced that they can comfortably keep clean sheets. And as I’ve already mentioned, the early signs are the Burnley are approaching their games with more attacking intent, and that could easily lead to a wide open game on Monday night.