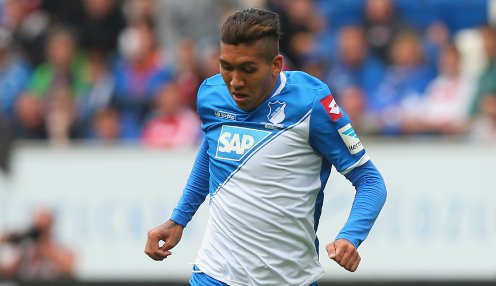 The 23-year-old moves to Anfield from Hoffenheim on a five-year deal for a transfer fee believed to be in the region of £29million.

Firmino, who is currently starring for Brazil in Chile at the Copa America, scored 47 goals in 151 games for Bundesliga side Hoffenheim. He also scored for his country in Sunday’s 2-1 victory against Venezuela.

Rodgers has already signed Burnley striker Danny Ings, goalkeeper Adam Bogdan, defender Joe Gomez and midfielder James Milner this summer, while Glen Johnson and Brad Jones have been released and Raheem Sterling is being linked with moves to Manchester City and Chelsea.

Firmino played for Figueirense in Brazil before moving to Germany.

Brazil are 5.50 to win the Copa America outright, while Liverpool are available at 2.37 to triumph in their first Premier League match of the season on 8th August against Stoke City.