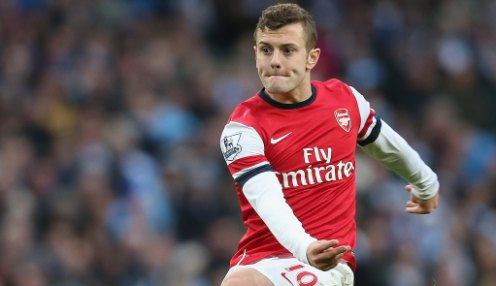 Arsenal and England midfielder Jack Wilshere says he is getting fitter and fitter by the day, having struggled with injury problems in recent times.

The 23-year-old showed up well in Singapore as the Gunners claimed the Asia Trophy and Wilshere is relishing being at the top of the game when the new Premier League season gets underway next month.

He told the club’s official website: “I’m feeling good. I’ve been back in training for two weeks now.

“I’ve played two games and there are another two games coming up next weekend after another tough week of training, so I’m feeling good.

“I think you feel better day by day. The fitness staff here are really good, they make the sessions individualised, so they know what you need in your position.

“Each session gets harder and harder. I’m feeling better and better and hopefully that can continue.”

Wilshere made just nine Premier League starts for Arsenal last season and featured as a late substitute in the 4-0 FA Cup final win over Aston Villa, before playing a starring role in England’s 3-2 Euro 2016 qualifying win in Slovenia.

The schemer netted two long-range left-foot drives to help the Three Lions make it six wins out of six in European Championship qualifying.

Meanwhile, Arsenal are 5.50 to win the Premier League title next season, while they can be backed at 9.00 to complete a hat-trick of FA Cup successes.