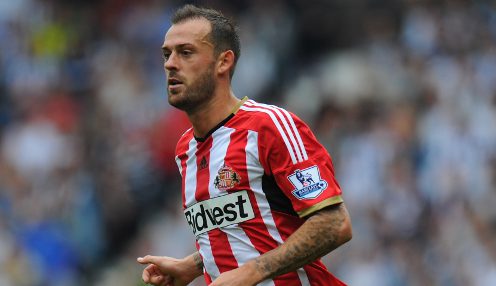 The veteran Dutchman took charge at the Stadium of Light following the exit of Gus Poyet and the Black Cats put in a positive display at West Ham last time out, only to concede a late goal in a 1-0 defeat.

But Fletcher is upbeat about the prospects for the crucial closing weeks of the season, telling the club’s official website: “It’s been really lively since the new coach has come in; he’s a lively character and he’s brought that into the training sessions.

“He wants us all to give 100 per cent and believes we’ve got the quality to turn our fortunes around and push up the league.

“He wants us to play a lot more compact and push forward as a unit and I think we did that in the last game, because we won balls back and created chances.”

With Sunderland just one point and one place outside the relegation zone, their next assignment is a derby visit by Newcastle United on Sunday 5th April, with midfielder Lee Cattermole expected to return to the fold after a two-match suspension.

The Black Cats are unbeaten in their last six meetings with the Magpies, winning three and drawing three, with the last clash between the two sides just before Christmas ending in a 1-0 Sunderland win at St James’ Park.

And Sunderland can be backed at 2.45 to win again a week on Sunday, with the draw 3.10, while the Black Cats are 2.37 to be relegated come the end of the season.