Forgotten man Kozak back for Villa 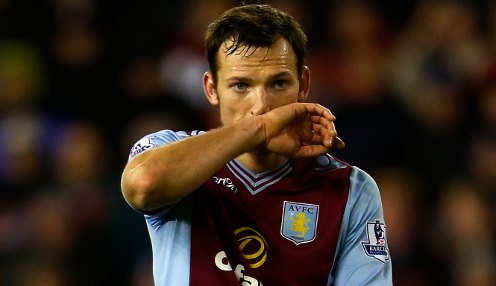 Tim Sherwood thinks Libor Kozak will have a key role to play for Aston Villa this season as he prepares for Christian Benteke to confirm his transfer to Liverpool.

The 26-year-old Czech striker has only started eight Premier League matches since moving to Villa Park from Lazio in a £7million deal two years ago.

He missed the whole of last season because of injury, but is involved in pre-season training, with Sherwood saying: “He was out for a long time. But he is working really hard in pre-season and he might be what we’re looking for.”

Sherwood also believes Gabby Agbonlahor can play a crucial part in Villa’s renaissance, adding: “Gabby is looking really sharp. It’s good for him to get a pre-season at a really high intensity like I want. He is getting that at the moment.

He was out for a long time. But he is working really hard in pre-season and he might be what we’re looking for.

“He’s no age. 28. If we can get him fit then he can offer that real threat in behind people with energy. He scored six last year. We only scored 31 and Gabby’s six were vital for us.”

Meanwhile, Liverpool are set to seal a deal to sign Benteke after they met the £32.5million release fee clause for the Belgium international.

The 24-year-old is expected to join the club on their pre-season tour once the transfer has been finalised.

Benteke, who has two years remaining on his Villa contract, has scored 49 goals in 101 appearances for the club since he joined from Genk in 2012.

When the deal is concluded Liverpool’s spending this summer will have increased to approximately £80million.