Friedel to hang up his gloves 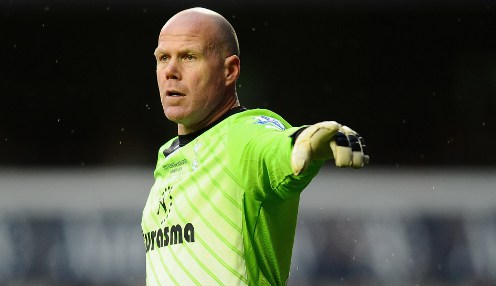 Brad Friedel has confirmed that he will retire at the end of the season after spending the last 18 years in the Premier League.

The 43-year-old former USA international has featured in almost 500 league matches since joining Liverpool in 1997.

He played only 25 Premier League matches for the Reds before becoming Blackburn’s regular first-choice shot-stopper between 2000 and 2008.

Friedel also started more than 100 league games for Aston Villa before moving to White Hart Lane in the summer of 2011.

I’m incredibly proud of what I’ve achieved in my career.

He was an ever-present for Spurs in the 2011/12 campaign but has been used as a back-up keeper to Hugo Lloris for the last three seasons.

“I’m incredibly proud of what I’ve achieved in my career,” said Friedel. “When I first started the journey I never imagined it would be this long.

“One thing I will miss is that day-to-day interaction with the staff and players. There really is nothing like it but my 44th birthday is almost here so I think it is a good time to call it a day.

“I’ve had a tremendous time here and met a lot of great people along the way. This is a wonderful football club and I feel honoured to have been a part of it for four years.”

Spurs are 2.62 to keep a clean sheet on Saturday against a Hull City side that is 1.40 to be relegated.