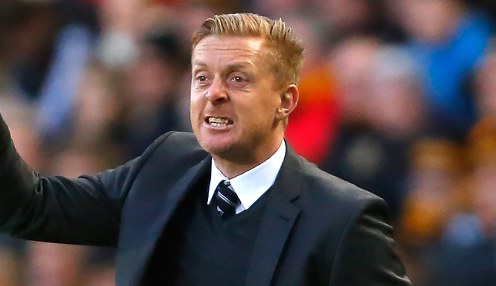 Garry Monk has impressed at the Liberty Stadium this season.

Leon Britton could bring his 13-year stay at Swansea City to an end this summer after becoming frustrated with a lack of first-team opportunities.

He has made almost 500 appearances for the club since first arriving on loan from West Ham United as a teenager in 2002, but has found himself behind the likes of Jack Cork, Jonjo Shelvey and Ki Sung-Yueng in the midfield pecking order at the Liberty Stadium of late.

He told the Swansea Evening Post: “I spoke to the manager just before the end of the season and we talked about the frustrating season I’d had.

The team have done brilliantly, so I can’t complain.

“I started off with an injury, then I picked up a few niggles and some illness which meant I had to pull out of games which I was supposed to play in. Jack Cork has come into the club and he has done brilliantly and the team have done brilliantly, so I can’t complain.

“I am not complaining – there are other players who haven’t played as much as they would have wanted and you are always going to get frustrated when you are in that position.”

The 32-year-old still has two years left on his contract but completed 90 minutes on just two occasions for Garry Monk’s side in 2014/15.