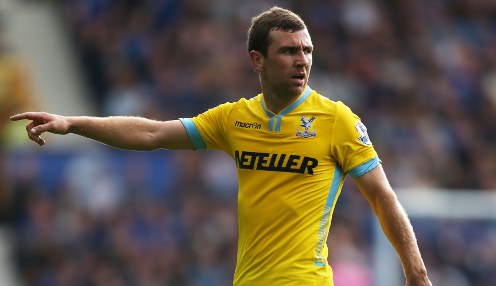 James McArthur says he has signed a new three-year deal with Crystal Palace because the club is moving in the right direction.

The 27-year-old Scotland international moved to Selhurst Park last summer for £7million from Wigan Athletic and featured in 32 Premier League matches as the Eagles finished the season in a comfortable mid-table spot.

Palace are now gearing themselves up for a third successive campaign in the Premier League and McArthur is pleased with the progress that has been made at the club in the last 12 months.

When you’re happy, you need to try to keep that and keep going with it.

“I’m delighted. I had a fantastic time last year,” said the former Hamilton Academical midfielder. “I think the club’s going in the great direction, everyone’s positive around the place and I’m really looking forward to the coming years.

“It was an easy decision. There was nothing really to consider. I think there was a bit of general interest [in me], but Palace is where I want to be. I’m happy and that’s the main thing in football.

“When you’re happy, you need to try to keep that and keep going with it. I think the club have got the potential to go places. We finished tenth last year and we’ll be looking to progress again. I’m really delighted.”