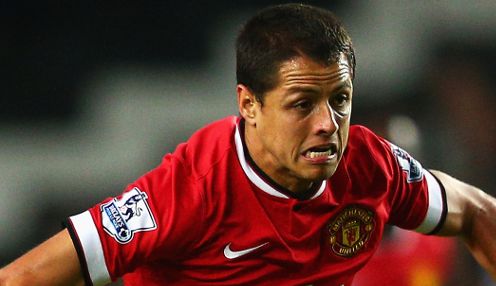 Manchester United striker Javier Hernandez is keen to get his career back on track after enduring a frustrating season-long loan spell with Real Madrid.

The 27-year-old Mexico international, who is being linked with a summer switch to Southampton who will be playing in the Europa League next season, only started 11 matches in all competitions for Real Madrid in 2014/15.

Hernandez still has one year left on his Old Trafford contract but United boss Louis van Gaal is reportedly willing to let the striker leave on a permanent basis this summer.

I have no regrets. I’ve given everything I had at Real. I’m very proud to have represented this club.

Hernandez, who has been with United for the last five years, scoring ten Premier League goals or more for three seasons in a row between 2010 and 2013, said: “I’m currently on holiday and awaiting news regarding my future. I imagine I will know something soon.

“Real had a deadline to exercise the right to acquire my rights but they let it go.

“Above all, I want to join a team where I can play and have minutes. If it’s at Manchester United or another team, I will be equally happy. My priority is to play.

“There will be a Champions League preliminary round to play, which means many more games and I think there might be more opportunities. I think I have more options to play at United next season.

“I have no regrets. I’ve given everything I had at Real. I’m very proud to have represented this club.”