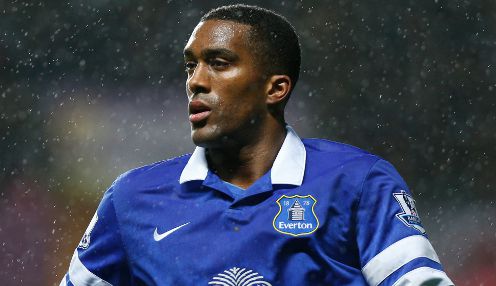 Manager Eddie Howe is confident that the experience of new signing Sylvain Distin will be a massive boost for Bournemouth when they begin life in the Premier League.

The 37-year-old French centre-back has penned a one-year contract with the Cherries, having been allowed to leave Everton at the end of last season, having previously played in the top-flight with Newcastle United, Manchester City and Portsmouth.

On the pitch I still think he has a huge amount to offer.

And Howe believes that Distin still has plenty to offer both on and off the pitch, telling his club’s official website: “I see Sylvain playing a similar role to the one Ian Harte played.

“Off the pitch, he is someone the younger players can turn to in times when they need to speak to someone who has seen it and done it.

“Ian was invaluable to us in that respect last season. Sylvain now takes on that role and on the pitch I still think he has a huge amount to offer.

“He still has his athleticism and is technically very good.”

And Town boss Mick McCarthy believes that Bournemouth have landed themselves a major future talent in the shape of left-back Mings.

He commented: “If he does as well as Aaron Cresswell did – he won every player of the year award going at West Ham – it will be great for him and I think Bournemouth have got a good deal.”

Bournemouth are available at 2.10 to be relegated next season, while they are 1.72 to beat the drop and 5.00 to finish bottom of the table.