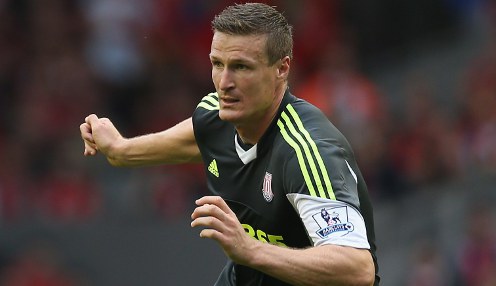 Defender Robert Huth has completed a move from Stoke City to Leicester City by signing a three-year contract at the Kingpower Stadium.

The fee for the German centre-half is thought to be in the region of £3m.

Huth spent the second of last season on loan at Leicester, helping Nigel Pearson’s team to a dramatic surge in form that lifted them off the bottom of the Premier League table and away from relegation.

Leicester were bottom of the table when Huth joined, but won seven out of their last nine games to maintain their top-flight status, with Huth scoring in the 3-2 victory over West Brom in April.

Leicester eventually climbed to 14th position, putting six points between themselves and the bottom three.

Huth made 14 appearances for the Foxes in the Premier League and scored one goal.

The former Middlesbrough defender had been at Stoke for six years and made 187 appearances for the Britannia Stadium outfit.

The 30-year-old fell out of Mark Hughes’ first team last season before making the temporary switch to Leicester.

The Potters paid tribute to Huth’s impact on the club and wished him well at his new club.

Stoke Chief Executive Tony Scholes said: “Robert has been a fantastic player for the club and a real fan’s favourite.

“He’s played a major part in the club’s progression over the last few years and we wish him all the very best for the future.”

Leicester City are 4.50 to be relegated from the Premier League next season while they are 13.00 to finish bottom of the table.