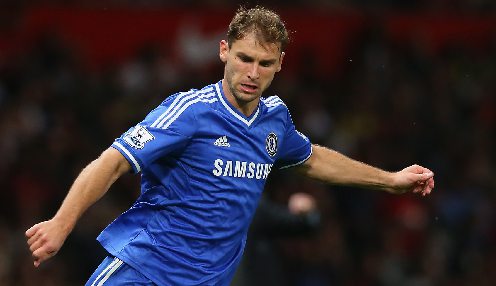 Mourinho returned to Stamford Bridge for a second spell in charge at the beginning of last season and has overseen a return to the top of the English game, with the Portuguese having previously led Chelsea to top-flight success in both 2004/05 and 2005/06.

He’s developed our squad and changed the mentality.

And Ivanovic is under no illusion just how important the former FC Porto, Inter Milan and Real Madrid tactician has been to that triumph.

He told the club’s official website: “There is not even a question over who the best manager is this season.

“He always makes the difference. Most of the games, when you study them, every single one he was important in making sure we won them.

“We are all so happy and appreciate the fact we get to work with a manager like him. He’s developed our squad and changed the mentality. He has done a lot of things for two years.”

Having already been crowned champions and given a guard by honour by Liverpool ahead of the 1-1 draw at the Bridge on Sunday, Chelsea finish their domestic campaign with a trip to West Bromwich Albion and a visit from relegation-threatened Sunderland.

The Blues can be backed at 2.00 to win at The Hawthorns on Monday 18th May, with the draw 3.50, meanwhile Chelsea are 2.37 to retain their Premier League title next season.