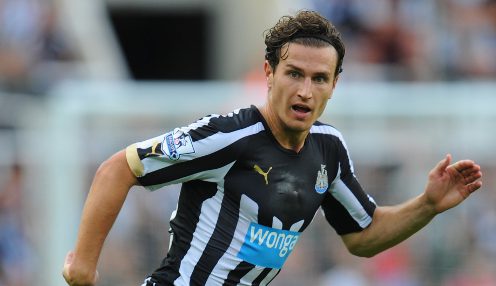 The Magpies eventually beat the drop by four points thanks to a 2-0 win over West Ham on the final day of the season, with Janmaat desperately keen to avoid a repeat of that close shave.

Next season I want to improve and become an even better player.

He told the club’s official website: “I have enjoyed playing in the Premier League. This is where I want to be and signing for Newcastle was definitely the right decision.

“I have learnt a lot over the past year. I have played almost every game in the league and have really enjoyed it.

“I have great drive and knew I could be a good extra weapon on the right-hand side for Newcastle, but next season I want to improve and become an even better player.

“If I can do that, then I believe Newcastle can have a good season as well.”

Janmaat missed just one league game during his first campaign with Newcastle, having moved to Tyneside for around £5million from Feyenoord in July 2014.

His only goal came at the end of August in a 3-3 draw with Crystal Palace at St James’ Park, while his only missed game came as a result of a red card in the 3-0 defeat at Leicester City in early May.

Newcastle can be backed at 5.00 to be relegated next season, while they are available at 1.18 to escape the drop and 4.50 to finish in the top half of the table.