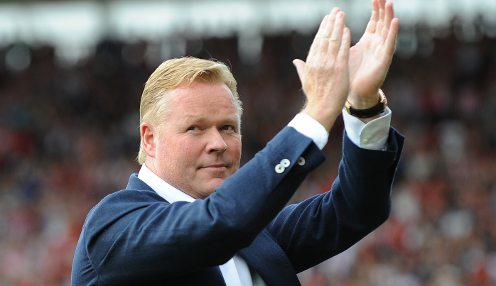 Southampton head coach Ronald Koeman says his side remain firmly focused on trying to qualify for European competition next season.

The Saints were inside the Premier League top four earlier on in the campaign, but have been unable to maintain that position, with a 2-1 loss at Stoke City their fourth defeat in eight games.

However, Koeman refuses to be downbeat about the campaign as a whole, which started with a host of first-team regulars leaving the club.

He said after the reverse at the Britannia Stadium: “The distance to fourth place is five points. Maybe (on Sunday) it will be eight.

“It’s very difficult to beat the big ones in Premier League because of the players they have and can buy.

“Still, I think we are in a very good position. We know our level. We try to play good football, that’s the quality of the team.”

Next up for the Saints is a crucial showdown with Spurs on the South Coast next Saturday, with Southampton 2.05 to win the game, while the draw is 3.40 and a Tottenham victory can be backed at 3.50.