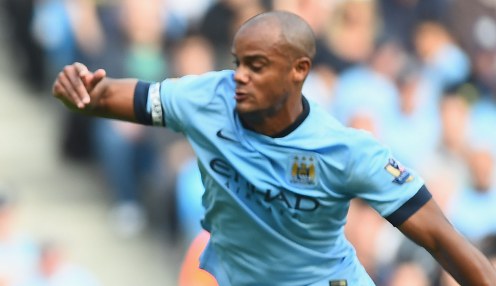 Manchester City captain Vincent Kompany is confident the club will attract the sort of quality players required to close the gap on champions Chelsea in the new season.

The Belgian says that Chelsea were allowed to “run away” with the title last season and he wants to ensure there is no repeat next time around.

Manuel Pellegrini has been knocked back twice in his pursuit of Liverpool winger Raheem Sterling but Kompany is not panicking as he and the rest of the first team return for pre-season training.

I think every top club in the world will be looking to add two or three quality players.

“It is maybe not always the amount of players that come but I think every top club in the world will be looking to add two or three quality players to make the team that little bit stronger,” he said.

“If you don’t do it, you are obviously exposed to other teams becoming stronger. I am hoping and I am confident we will make the right signings.”

Man City, 3.75 to regain the Premier League title next season, have the infrastructure to attract the world’s best according to Kompany – although maybe not the history.

“I think we have an attractive proposition here because we have the facilities, the increased capacity of the stadium and everything we want to achieve in the future.

“But some clubs have got the history. Players choose different things at times – you can’t guess,” he added.

City face West Brom in their opening clash, a game they are 1.57 to win. Kompany knows they cannot allow Chelsea an uncontested lead this time around if they are to achieve their goals.

Last season, according to Kompany, is an indication of how Man City has progressed as a club.

“But it shows what the club wants to achieve because we finished second so there a lot of clubs behind us still but Chelsea kind of ran away with it.

“It was too early and too easy. We cannot afford that this season.”