Kompany out to silence critics 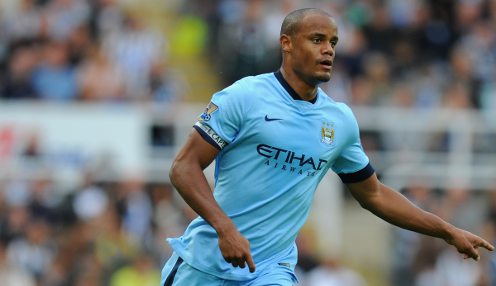 Captain Vincent Kompany has called on his Manchester City side to go on a winning run after the international break to end recent criticism.

City’s hopes of ending the season with silverware have suffered a major setback in March, bowing out of the Champions League and losing ground in the Premier League title race.

Boss Manuel Pellegrini has come under increasing pressure as a result of the Citizens’ recent poor form, while the team have been labelled as not good enough by pundits.

With eight games to go in the Premier League season, City are six points behind leaders Chelsea, who also have a game in hand of the reigning champions.

The Blues are 1.062 to stay atop the standings and win the title, while City are 17.00 to retain their crown.

Kompany says all the criticism the Manchester club has received recently has been entirely “predictable” given their results and wants to show what the team are really made of by winning their next few matches.

“He told the Sun: “If you win you are a winner, but if you lose comes criticism. That really does not do anything to me — it is so predictable.

“Everything just depends on the results that you get as a team.

“Football is a collective sport, and we just have to make sure at City we win a few games in a row again.”

After the international break, City face a difficult trip to Crystal Palace on 6th April for a game they are 1.61 to win. The Eagles are 5.00 for the win, with the draw 4.00.

The Citizens then face Manchester United at the Etihad Stadium, with the Red Devils just two points behind their local rivals after a recent good run of form.