Leicester switch a challenge for Fuchs 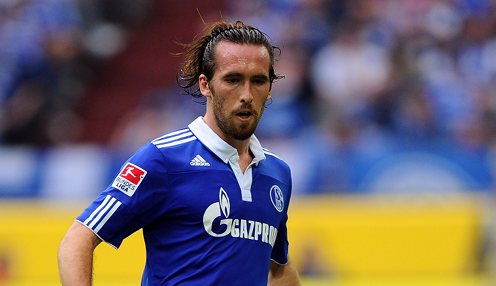 Austria defender Christian Fuchs is relishing the challenge of Premier League football after completing a free transfer move to Leicester City from Schalke.

Fuchs, who can play on the left side of either defence or midfield, has opted to leave Bundesliga outfit Schalke after four seasons and is looking forward to trying to impress in an English league which he holds in high regard.

The Premier League will be another big step for me.

He told his new club’s official website: “It was always a goal for me to play in the Premier League and I’m happy that this dream has come true. Everybody watches the Premier League. I think it is the best league in the world.

“For sure, the Premier League will be another big step for me, even though I’ve played against a few teams here already.”

Twenty-nine-year-old Fuchs, who has signed a three-year deal with the Foxes, had been with Schalke since the summer of 2011, having previously plied his trade with Mattersburg, Bochum and Mainz.

He is the second Austria international defender to have left Germany bound for England this summer, with Sebastian Prodl having opted to join newly-promoted Watford after exiting Werder Bremen.

Prodl, 27, has signed a five-year contract with the Hornets, having been allowed to leave Bremen after seven years with the club.