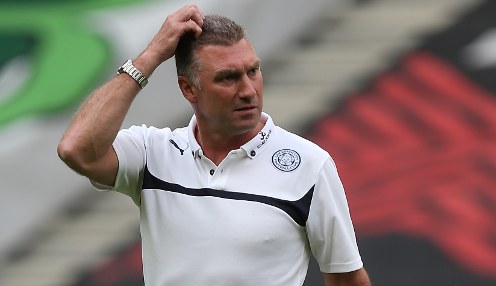 Leicester City manager Nigel Pearson is determined to finish the job off and keep the Foxes in the Premier League.

Leicester’s 2-0 victory against Southampton on Saturday was their sixth triumph in the last seven matches, with the only defeat coming at home to Premier League champions Chelsea.

Pearson’s side are now 15th, three points clear of the bottom three, and 34.00 to be relegated this season, after Riyad Mahrez struck twice in the opening 20 minutes against Ronald Koeman’s Saints side, who are now 3.00 to finish in the top six.

If two months ago you’d have said it would be in our own hands going into the last game of the season, I’d have taken it.

The Leicester boss said: “I don’t know why it’s changed for us. We’ve played well for a long time but now we’re keeping clean sheets and scoring more.

“Our managing of the game during matches has improved. That has come with the experience of playing in the Premier League. We didn’t have that at the beginning of the season.”

Leicester’s last two matches are against Sunderland and QPR.

“If two months ago you’d have said it would be in our own hands going into the last game of the season, I’d have taken it,” added Pearson.