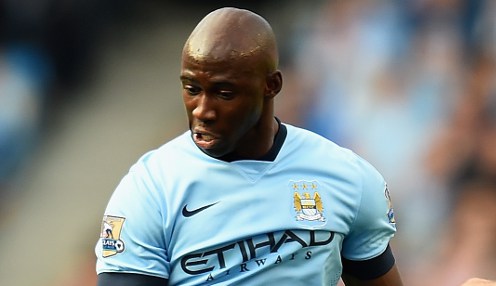 Eliaquim Mangala has admitted that he has endured a difficult first season at Manchester City following his £32million transfer from Porto last summer.

The 24-year-old central defender has been criticised for a number of below-par displays for Manuel Pellegrini’s side this term and has struggled to form a successful partnership with Vincent Kompany.

The France international, who has featured in 22 league matches so far this season, admitted: “It was a little bit difficult for me. I need to adapt to the Premier League.

“I know the Premier League better now. I think I am used to playing each kind of game and I am very confident for the other seasons and the next season now.

“We have three games left and now the objective is that we need to finish second or third to go straight to play the Champions League next season.”

Manchester City won 1-0 at Tottenham on Sunday to ensure they will finish in the top four this season, although it has been a disappointing campaign following last term’s Premier League title triumph.