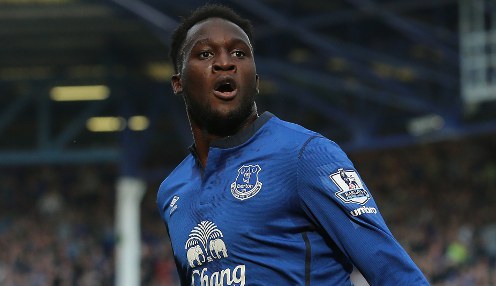 Everton boss Roberto Martinez is confident that striker Romelu Lukaku will be fit enough to play a part when the Toffees take on Manchester United on Sunday.

The 21-year-old Belgium international returned from nearly a month on the sidelines to come on as a substitute in the 1-0 home win over Burnley last weekend, and Martinez is happy that Lukaku has reacted well to that outing.

We will see how he feels, but I don’t see anything other than Rom being available for the weekend.

He told the club’s official website: “He looked free and I don’t think he was thinking about the injury at all in my eyes.

“He looked full of power and pace, so in that respect this week it is going to be important to get as much work as we can on Rom.

“We will see how he feels, but I don’t see anything other than Rom being available for the weekend.

“Now it is a matter of getting back that match sharpness you lose when you are injured. Apart from that, there is not a medical problem with Rom.”

Martinez is also upbeat about the prospects of midfielder James McCarthy recovering from an ankle injury in time to feature against United at Goodison Park on Sunday.

The Toffees have picked up 13 points from a possible 15 in their last five Premier League games, a run which has erased any lingering relegation worries and moved them to within touching distance of the top half of the table.