Matic adamant Blues will drive on 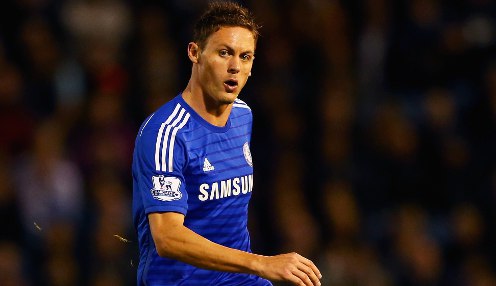 Chelsea midfield powerhouse Nemanja Matic says his side will be giving their all to end the season well, despite having already clinched the Premier League title.

The Blues made sure of being champions by beating Crystal Palace 1-0 at Stamford Bridge last weekend, but Matic is eager to finish strongly in the final three games of the campaign – which see the Blues take on Liverpool, West Bromwich Albion and Sunderland.

We have done a great job this season and we want to carry on like that until the end.

He told the club’s official website: “Of course we don’t have the pressure of needing to win the league anymore, we are first whatever, but we will play seriously and try to enjoy the games we have left.

“We have done a great job this season and we want to carry on like that until the end.”

The Blues have lost only two games in the Premier League so far this season, with both losses coming on the road.

In early December Newcastle United ran out 2-1 winners at St James’ Park thanks to a Papiss Cisse double and on New Year’s Day Chelsea were thumped 5-3 at White Hart Lane by Tottenham Hotspur.

At home Jose Mourinho’s men have dropped just six points all season, being held to 1-1 draws by Manchester City, Burnley and Southampton.

Next up for the champions is a visit from Liverpool, who shared the spoils from a 1-1 draw at Anfield earlier on in the campaign, as well pushing Chelsea all the way in the semi-finals of the Capital One Cup before going down 2-1 on aggregate.