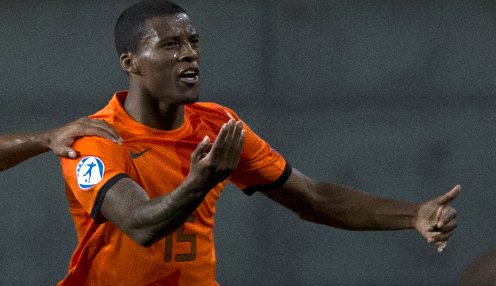 Former captain Wijnaldum led PSV to the Eredivisie title last season and was crowned Dutch Footballer of the Year 2014/15. He has agreed a five-year contract and is the first signing under new head coach McClaren.

“This signing is a real statement for the club. It is a big transfer for a very good player and I am delighted to have Gini here at the club.”

The reported £14.5million deal for the 24-year-old is the third-highest transfer fee in the club’s history, after Michael Owen and Alan Shearer.

“I felt the time was right for me to move and the club have shown they really want me, so I’m very happy to be here.

“There’s a few players here who are from Holland – I know them well and they will help me feel at home in Newcastle.

“I know the club has a great stadium with great fans. I want to play here as soon as possible – I want to feel the atmosphere and hear the crowd. I cannot wait to get started.”

McClaren added: “This signing is a real statement for the club. It is a big transfer for a very good player and I am delighted to have Gini here at the club.

“He has lots of energy and a great tempo to his game. He is very skilful but is also capable of playing box-to-box, and – importantly – he can score goals.

“He is at the right age and the right fit for Newcastle. He is a leader as well and you will see that. He is someone who always wants the ball, can deal with it, and we need that kind of character in the team.”

Newcastle United are currently priced 4.50 to finish in the top half of the Premier League and quoted 34.00 to secure a top-six finish.